Here’s a few more examples of the award-winning work we created together.

Being gear heads, we were all over this assignment for Miller Genuine Draft’s NASCAR racing sponsorship. The most amazing thing about this seven figure spot was the fact that director Ridley Scott shot Gill’s hand-drawn storyboards frame by frame.

The brief was simple: get name recognition for a German jeans manufacturer. George mined some of his journals of quasi-poetic thoughts, Gill created a dynamic look, and this campaign of print and outdoor put Joop Jeans on the map. Many people protested it, including Aldous Huxley’s widow, and the L.A. nightly news did a story, decrying its use of “irresponsible satire.” Brave new mission accomplished. 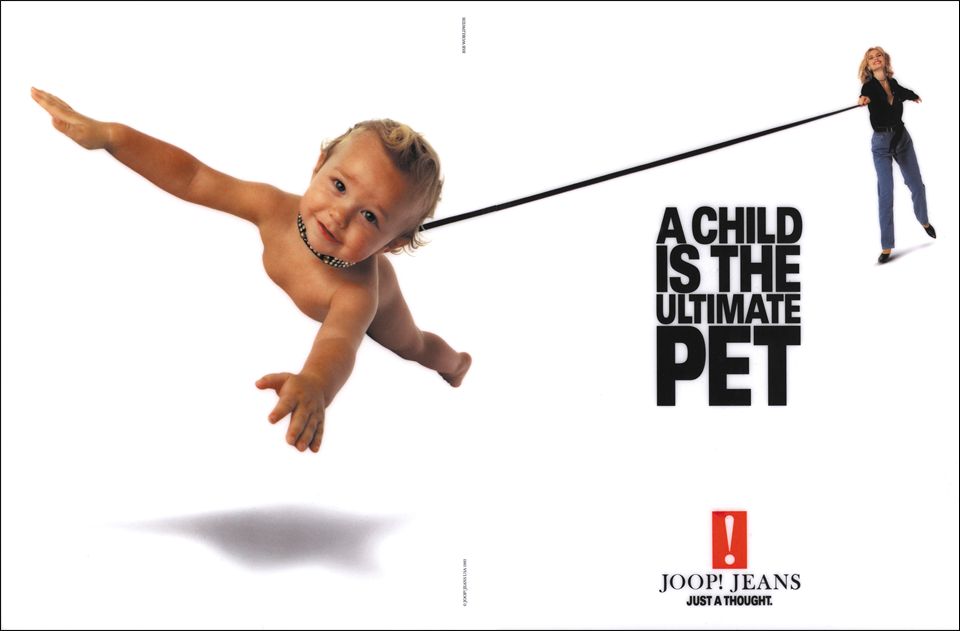 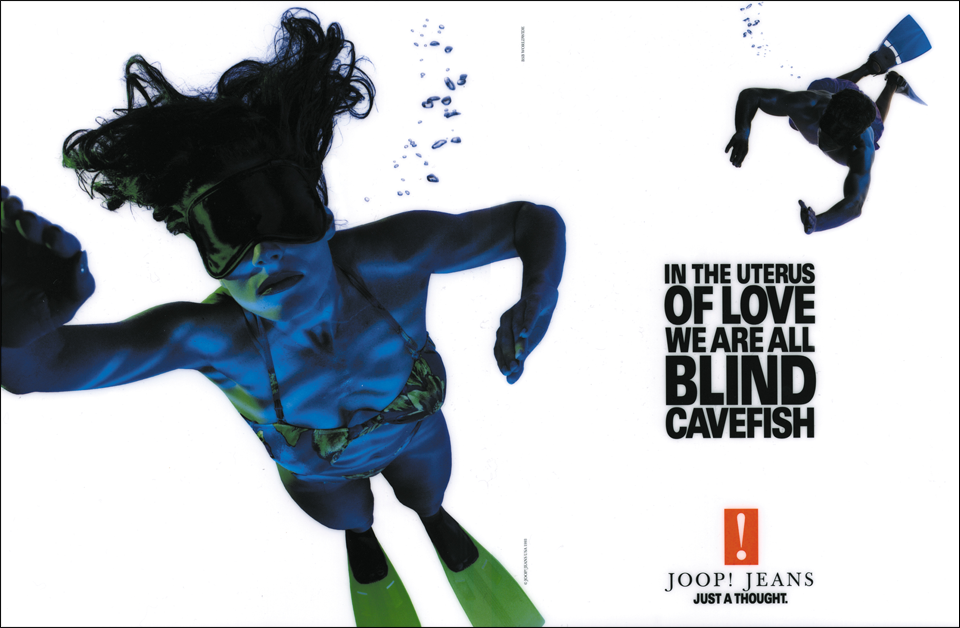 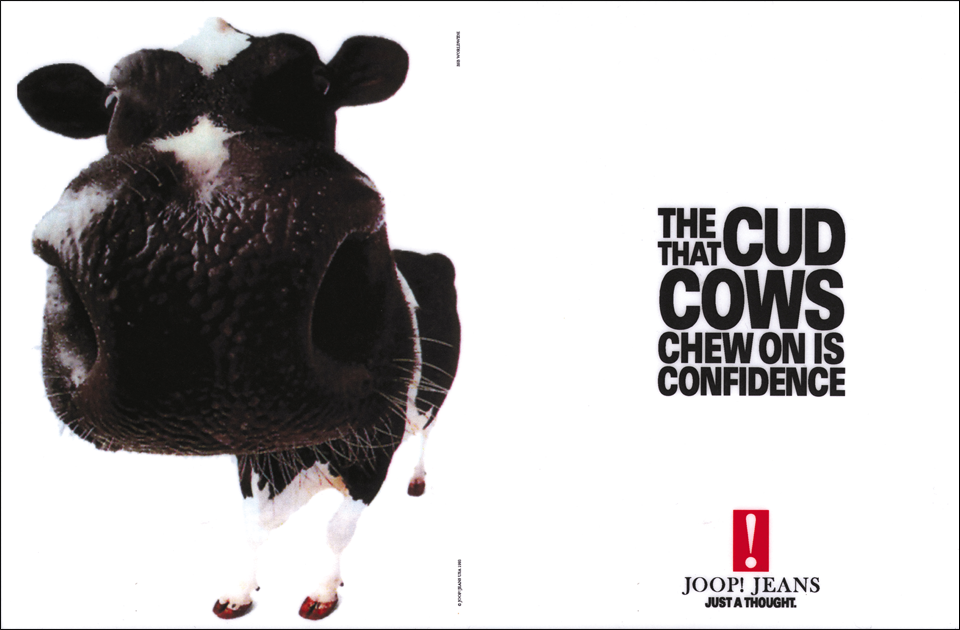 This ad did not run. We’re still not sure why.

One of the first accounts we worked on was Kenneth Cole. We produced many ads, involving every shoe pun imaginable, but this one, magically, did not. 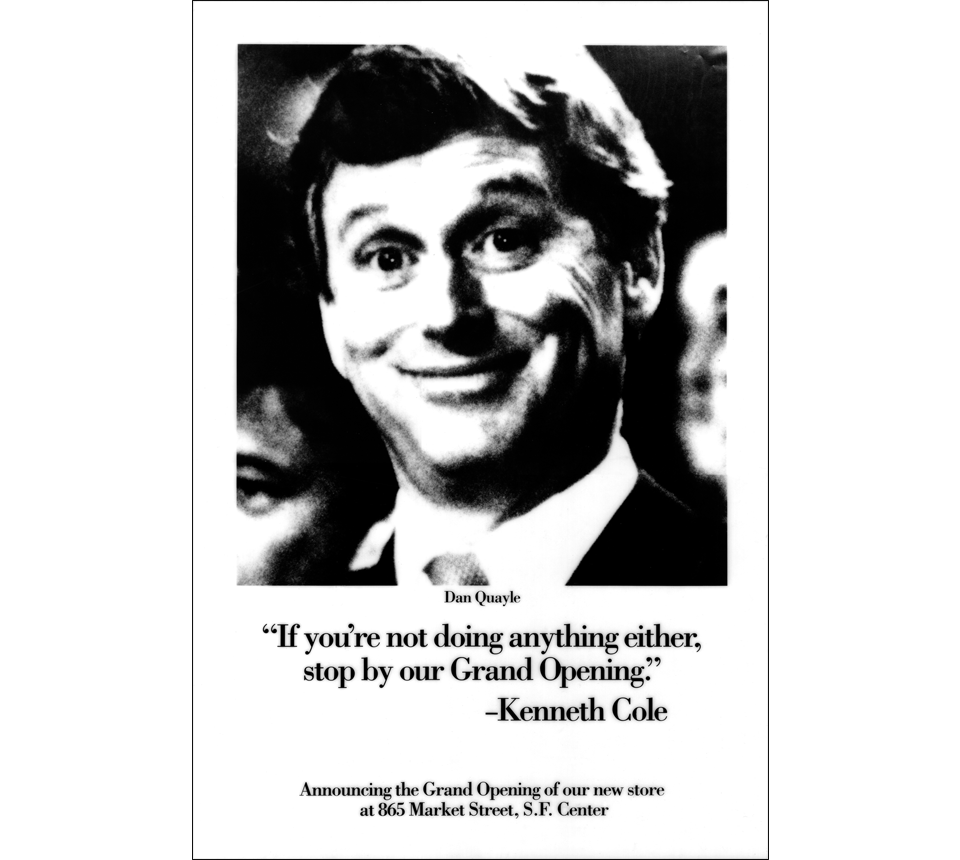 For ESPN, we were thinking about how Indy and Formula One racing was so much more suave than NASCAR, which led us to flashbacks of Ricardo Montalban’s immortal cry of “rich Corinthian leather” for a vintage Chrysler Cordoba commercial. And arriba! — we had a hilarious campaign.

And then there’s “Lumpyland,” an animation idea we’ve pitched several times. (Cartoon Network, Nickelodeon, etc.) Lumpyland was/is a satiric show that involved a family of mutants who live in post-apocalyptic wasteland after humans have destroyed Earth. Here’s a quick overview of it in musical form. (Lyrics by Gill and George, music, vocals, production, all Gill.)  We’re still developing this as a branded entertainment thing, but it represents the kind of content / programming stuff we do in our spare time).